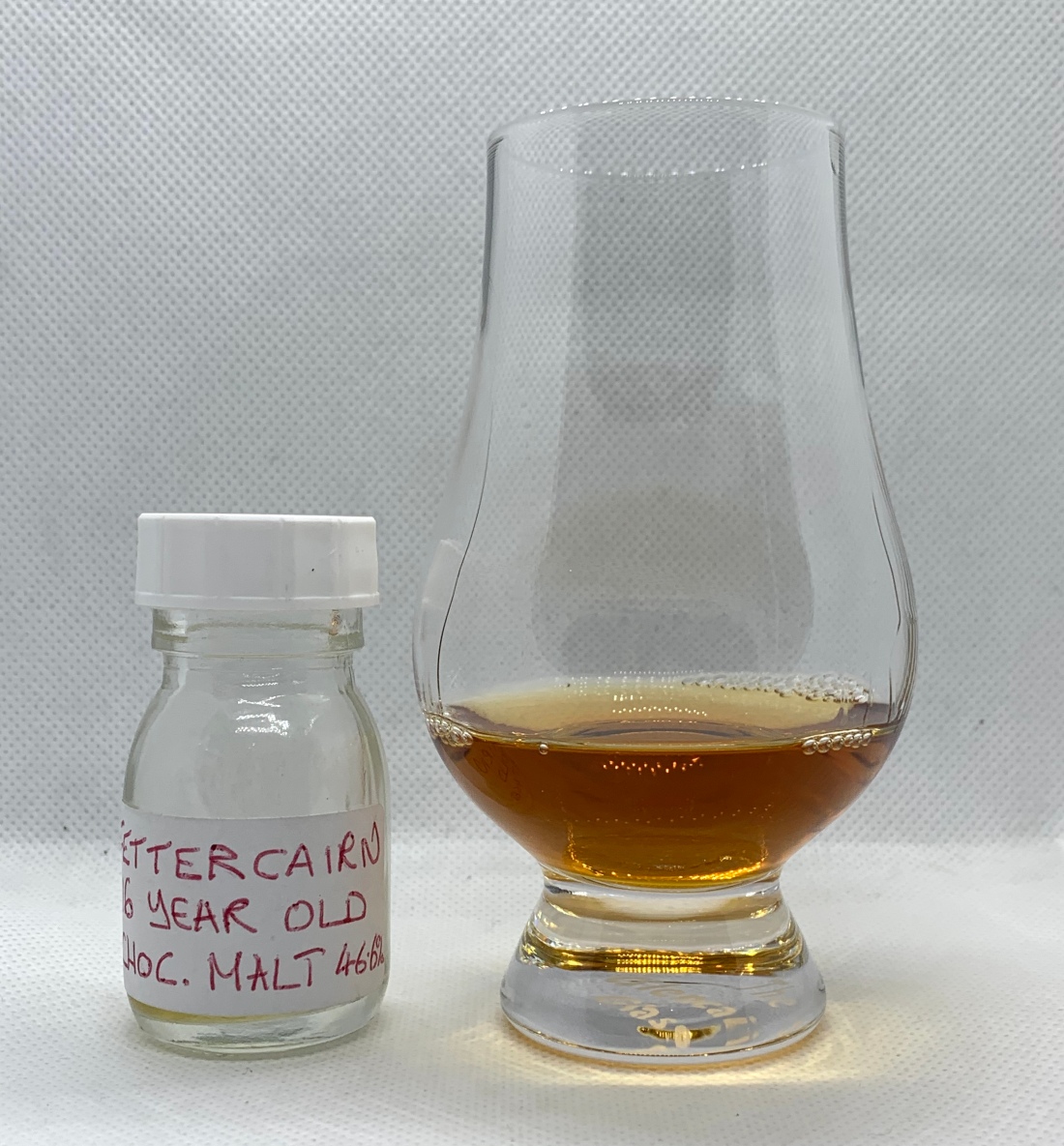 I’ve recently been thinking about the things that make me and others buy whisky. I have to say I am pretty bad on buying bottles based on the spirit colour or the description. You see, I am guilty of buying the Glenmorangie Truffle Oak Reserve at the distillery (before I had a clue about whisky) because it had the word Truffle in it. Being a dedicated eating enthusiast, I could only think of Chocolate Truffles. I was to be disappointed. The whisky was bought to wet a baby’s head that sadly didn’t arrive. The bottles were hidden away and forgotten about. Glenmorangie have just done the same thing to me again with their release ‘A Tale Of Cake’. I’ve got a degree in the cake and pastry sciences bestowed on me by the University of Life and if you ever meet me, you’ll see not only did I graduate with full honours, I’ve got the Masters and PhD as well. At least when I bought the latest Glenmorangie release, I was not thinking I was getting Battenburg in a bottle.

We step forward into 2020 and the release of Fettercairn 16 year old, and this one is made with a Chocolate Malt. Of course, having a predilection for sweeties, you can tell that my ears would prick up at this. But of course I know what a chocolate malt is and I am not expecting a big slab of Galaxy or Dairy Milk. It is a malted barley that has been roasted in excess of 200 Deg. Centigrade, and is a technique used more often in brewing. Guinness is a well known user of chocolate malt and if you ever go visit Guinness in Dublin, the smell from the malt is out of this world.

Fettercairn is one of those distilleries that flies under the radar, and in my limited experience of Fettercairn, that is probably deservedly so. It is not a malt that I can honestly say I’ve had a lot of success with. The NSA Fasque was instantly forgettable and I believe Fior wasn’t that much better. The other thing going against it for me, is that I’ve not had a lot of luck with other Whyte and Mackay owned distilleries, bar Invergordon. Dalmore is the premium one out of the block, and I have had a few decent Dalmore, but they use colouring in so much of their range, I’m not impressed. The less said about Tamnavulin and Jura the better for now.

Anyway the Fettercairn distillery was founded in 1824, situated in the village of Fettercairn in the Kincardine area of Aberdeenshire. The local area that the distillery sits in is known as the Howe Of The Mearns, which is a very fertile farming area stretching up from Strathmore in the south ending in the north at the fishing port of Stonehaven. The area was where the famous Scottish writer Lewis Grassic Gibbon was raised and wrote about in his classic Scottish trilogy ‘A Scots Quair’. One of the books, Sunset Song was often compulsory reading in English Classes for pupils in the Aberdeen area and was made into a film a few years ago.

The distillery has a unique cooling feature on the Spirit still, which is a cooling ring that sprays cold water down the swan neck over the still. This allows the outside of the still to be cooler, and encourage reflux in the still to give the spirit a lighter style.

Fettercairn has been undergoing a bit of a re-brand. Recently they released a 12 and 28 year old into their core expressions. The 12 year old has been generally well received, but the 28 year old was marketed at £400. Its a bit of an ask for a distillery that doesn’t perhaps have a stellar reputation. Who will take the chance at that money not knowing if they are going to get a delicious whisky? Personally if trying to build a more upmarket brand, make sure the product is seen as upmarket, before charging upmarket prices.

However, before the Mr Grumpy of the whisky blogging world goes off on one again, let’s turn my attention to the offering today. It is the Chocolate Malt distilled 16 year old. It was originally for sale exclusively in the Whisky Shop which for me was a big turn off. I think the Whisky Shop are one of the worst for overpricing their goods. Certainly in the Inverness shop. Even online, some of their prices are way above their competitors. However, they do have lovely staff when I pop my head in, and bargains can be had. But that’s not enough recompense this time so, not wanting to splash out the £70ish for a bottle from a distillery I don’t really enjoy from a shop I don’t want to patronise, a glimmer of hope came in the form of a fellow blogger.

Enter Nick. Nick has a great blog called Whisky, Aye? Its full of all the great things you need in a whisky blog – witty banter, great whisky and also lots of pictures of his dog. And definitely less waffling. Perhaps I should copy him and add more pictures of my dog. His dog looks well behaved though, mine will hump anything that gets in his way. Anyhow, Nick offered me the chance to receive a sample, and 4 different quality drams arrived – I’ll review the other 3 in good time…

Cheers to Nick, we can now proceed with the review.

I’ve heard that the Fettercairn 16 does not have colouring added, yet on an export bottle we can see the dreaded words in German that tell us this bottling does have added colour. It’s a pity, as it might not have needed it. Mind you Signet also has colour added, but then again, is rumoured to contain 30 year old whisky. In my opinion the spirit in Fettercairn 16 is pretty all much of the same age.

Well, I have to say that I was pleased to have been able to try this. It was indeed a good malt, with a nice depth of flavour. I felt it had a really good nose, a quite good palate, yet the finish was a bit insipid. The issue with this though is that I only had a 3cl sample, and as such couldn’t easily take a second opinion. However, based on every other whisky I’ve tried, I can usually tell if I will like it or not just with one nip. Did I like this? Yes I did. Would I buy one? No. The reason for not buying is this; supply is getting limited and I prefer another chocolate malt driven whisky, Glenmorangie Signet. While Signet is NAS, it is also a similar abv, slightly lower at 46%. It means I’m going to have to chase the bottle if I want it and I wouldn’t want it that badly. I can wait until the next batch.

Is it good value? Certainly if you can buy it at its original retail price or not far off of it, then yes, I’d say it is reasonably good value. Perhaps I might look at the 2021 release from Fettercairn. The distillery has a visitors centre, but perhaps I might wait until some more of this COVID malarkey is over.

A big thanks to Nick for his generosity for giving me a chance to taste this dram. You can read his blog by clicking here – Whisky, Aye?

This is written as a hobby, and I appreciate your likes and shares, either on WordPress, or why not visit one of my other social media channels. Lets spread the whisky love!

Scotty’s Drams encourages responsible drinking. To find out the facts about drink, and where to find help if you need it visit Drinkaware.co.uk by clicking on the link.

Sample and dram– Authors Own

A Tale of Cake – Glenmorangie.com