Having had this page now for nearly two months, I’ve not really considered where I want to take it and to be honest, it was just a way of putting more positive stuff into Facebook than the doom and gloom currently on the inter webs. I guess I started to run before I could walk, and forgot to start describing my personal journey with whisky.

I’ve always liked whisky, but sometimes more than whisky has liked me. Early memories of a hot toddy made with Famous Grouse was probably my first taste of the spirit that was going to become a major hobby. Getting into my teenage years, I shied away from Scottish whisky – I made the assumption blends were inferior and at that time, single malts were yet to make the impact again on the market. I hate to say it, but my first steps into whisky started with bourbon.

Initially, it started with Jack Daniels, as this was the popular thing at the time. I then moved onto Wild Turkey, as it was the strongest whisky on the shelf in the bars that I drank in. I even drunk it with lemonade. You could almost say I started with cocktails….

Fast forward to 2006, and a visit to Glenmorangie distillery saw me staring at two bottles of 1993 Truffle Oak reserve. At £150 a bottle, I was thinking more of truffles like chocolate ones. But I bought two, thinking one for a special occasion and one for resale at a later date. That was the start of my whisky journey proper.

From then on, I’d try different malts, but when out drinking beer, I found whisky and Guinness for me wasn’t a good combination for heart burn, so ditched the whisky for rum. It wasn’t until I started to realise it was the Guinness causing the gastric problems and I moved onto real ale that I ventured back into Single Malts. 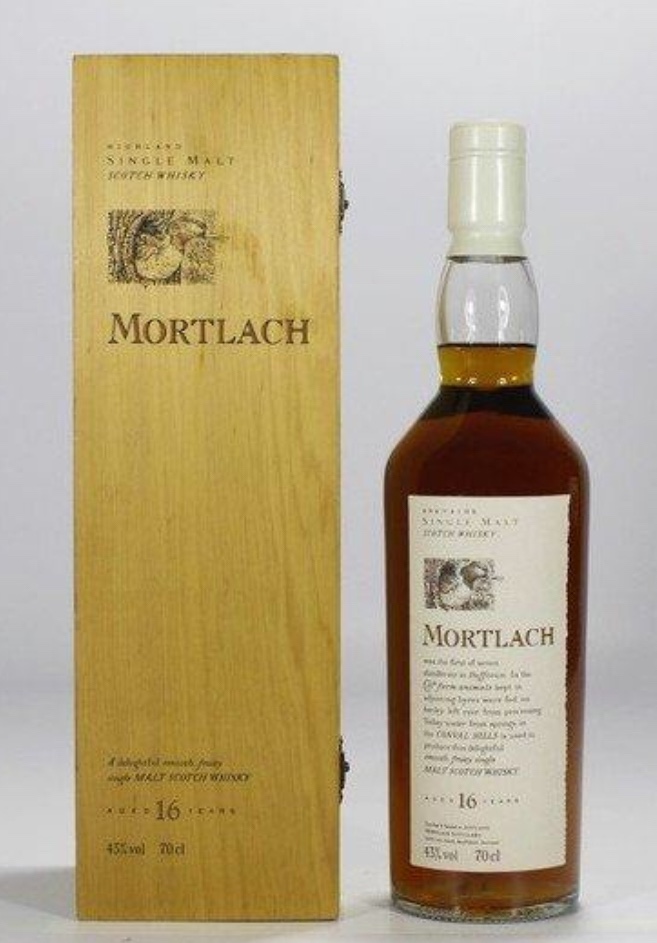 Mortlach – the beast of Dufftown.

A great pub for whisky was (and still is) the Grill, situated opposite the Music Hall on Aberdeen’s Union Street. My usual drinking partner and me would peruse the Whisky menu. At the time, the most expensive malt there was a Speymalt Macallan 1938 60 year old at £200a nip. A sniff of that bottle and the smooth, malty and sweet aromas made me determined I had to try it. Being the good Aberdonian, I made sure I got a good fivers worth of fumes!!

This happened on the 7th June 2013. By this time the price has increased to £235 a nip. I still didn’t know too much about whisky at this point, and when I took the first sip, I was so disappointed. The sting of the alcohol hit me, and I instantly regretted my purchase. It tasted like any other whisky. That is, until I swallowed the sip. It was heavenly, without any trace of burn. A very well sherried, sweet whisky, and if I was to close my eyes now, I could still taste it. It’s an experience never to be repeated, as now that bottle is finished. To buy one at auction if you can find one is £7-10k. I can honestly fee I had whisky history right at the start of my journey, and I am now on a hunt for the whisky that gives me that same feeling. 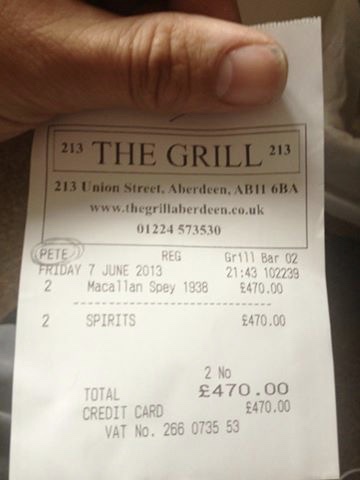 The receipt for the couple of drams that accelerated the journey.

I now try a variety of whiskies, and not just the ones I know I like. What has accelerated my interest is was my move to Aviemore, when I had to drive through the heart of Speyside to get back and forth from Aberdeen. I’d pass distilleries that I and many others never heard of, like Benrinnes, Dailuaine, Glentauchers; distilleries I had, but no experience of like Mortlach, or silent ones like Imperial and Convalmore. They intrigue me, and I decided to get more involved.

The start of a collection in storage. I’ve since had to move locations.

Getting involved meant learning more about the distilleries and their produce, learning more about Scotch whisky and determining more of what I liked. I started to collect bottles that interested me, and tasting whiskies they were new to me. Quite literally it was just a case of taking the opportunity when the chance came. This led me to realise the level of pretension about whisky. I discovered that blends and young whisky aren’t necessarily poor quality, Single Malt does not have to be drunk neat, older whisky isn’t necessarily better. I still draw the line at ice and mixers, but that’s me. The perfect drink for you is the one you like and how you like to drink it. I just hope with my page and blog that I can maybe share what I have discovered, and maybe you too can find something new.

And now I’ve got a modest whisky collection in secure storage which gets added to every now and again. I can make intelligent choices on what may be worth trying, and be brave to try something new. I give the odd whisky talk to tourists and have a wee amateur whisky blog. 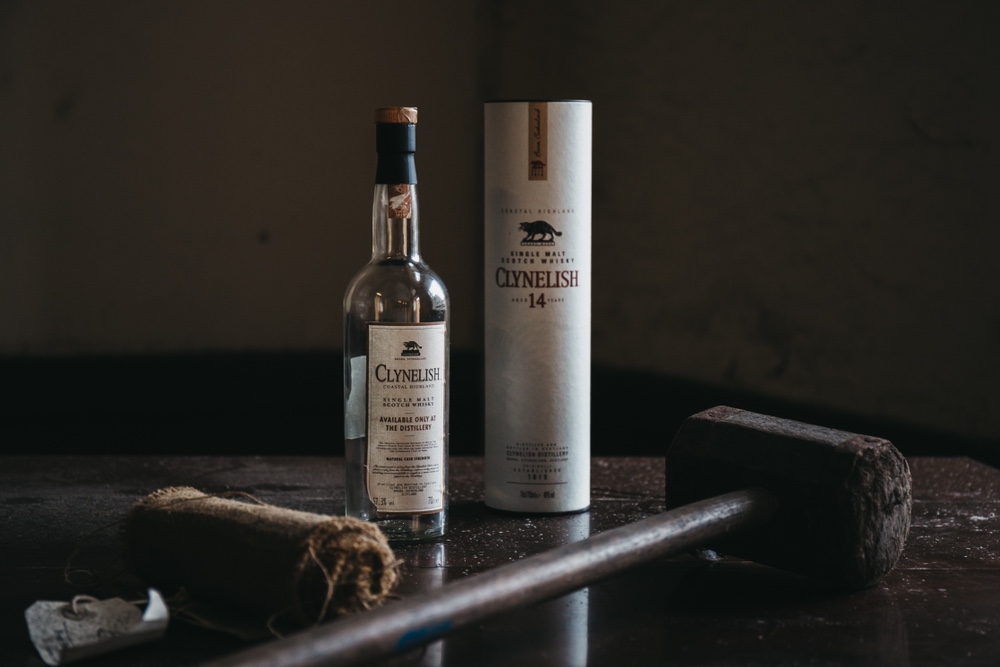 Certainly out there, there are a lot of other blogs, v-logs and literature for you to look at. I’ll share some of their content with you by sharing links. I’m content just to do my own geeky thing here, but I’ve learnt a lot from other contributors on the internet. My favourite discovery is from the YouTube Channel ‘Aquavitae’. Roy who runs the channel keeps banging on about Clynelish 14. It was over a year before I gave in and tried it – in Krakow of all places, and it was a stupendous dram! These are the ways in which I hope I can share my experiences with you, and discover more about what you all like, and perhaps move my journey down the road one more step at a time.

I do hope you’ll join me.

View all posts by scottysdrams